Enjoy a great conversation? I'll personally deliver my favourite new experience to your inbox every 2nd month...join here!
You are here: Home / Beauty / A unique and luxurious scent made right here in Australia

Did you know we have one of the world’s most prestige’s suppliers of Sandalwood in Australia?

Quintis manufacture some of the world’s purest, and most precious, Sandalwood and last month they threw a fabulous party. I was invited and was thrilled to go along to the Glasshouse in Melbourne to enjoy the launch party, celebrating a new look and feel to the Quintis brand. Daniel Ricciardo made an appearance at the event. 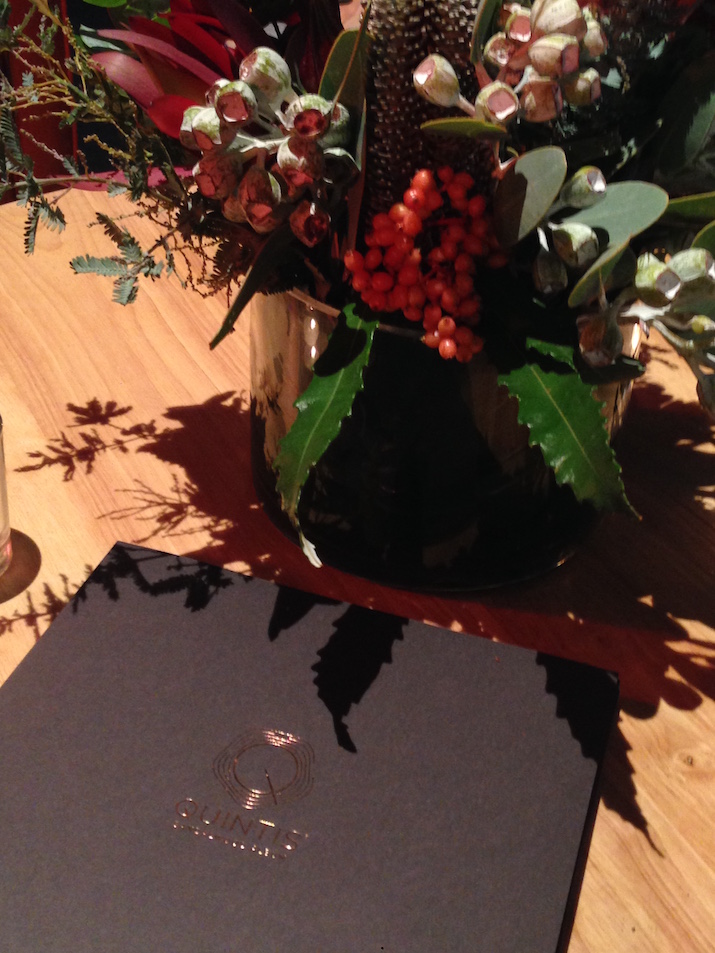 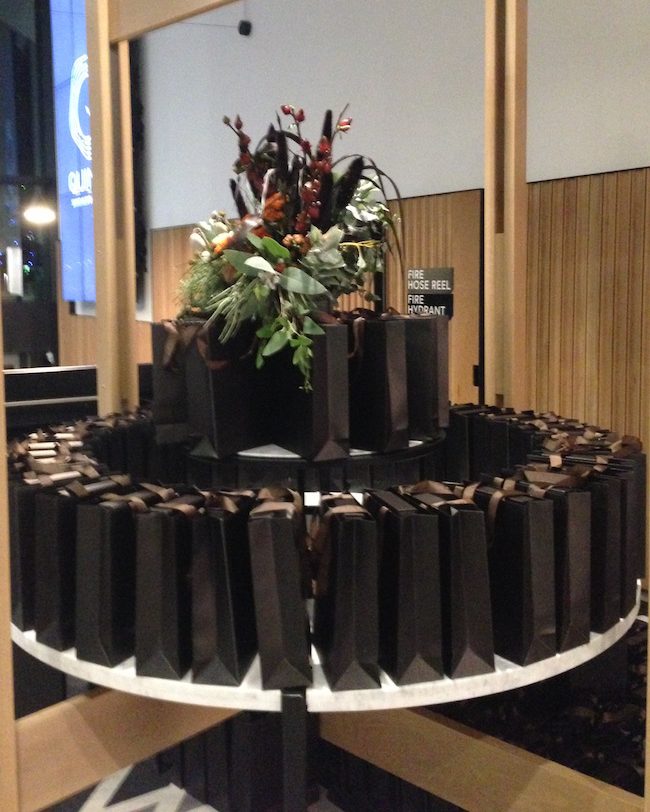 Each guest received a goodie bag which includes Sandalwood Album treats such as tea, perfume and a lotion.

Founded in 1997, Quintis have dedicated nearly 20 years to the harvest of the world’s largest sustainable supply of the perfect form of Sandalwood Album trees. It’s hard to imagine that Quintis harvest over 5 million of the endangered species trees in tropical Northern Australia. They explained the meticulous process which involves each sandalwood tree requiring at least four host trees and continuous care over a 15-year lifespan to ensure the trees produce the best quality fragrant oil.

What is Sandalwood Album?

Sandalwood Album is the most precious wood and essential oil in the world (known as a super-ingredient) and is traced back as far as Ancient Egypt.

“Did you know that 500 million sandalwood incense sticks are burned during worship each day in India.”

Sandalwood Album has many uses and applications including aromatherapy and essential oils. It’s also used as a pharmaceutical oil due to its anti-inflammatory and antibacterial properties.

The oil has also been used for thousands of years within traditional Chinese medicine. Its bold, striking wood base note lasts a long time on the skin, and the aroma still lingered around my wrist a day after the party.

“Did you know that 47% of perfumes since 1790 include tones of Sandalwood”.

As soon as we arrived, our names were marked off the guest list, and we proceeded to the large media wall where a cameraman and a photographer took photos of the guests.

After walking past the media wall, I grabbed a drink and wondered through to the beautiful function room entrance. The entrance displayed images of the history, manufacturing processes, and the various Sandalwood Album products that Quintis offers.

There was a prominent Australian theme present throughout the entire event, with different native Australian plants used to decorate the space. It was a lovely touch as it aligned with skin’s desire to be recognised as “an Australian icon”.

After walking through the decorated entrance, I couldn’t wait to see what else they had in store for us to enjoy the main function room.

A snapshot of the highly decorative entrance to the event.

The main function room was filled with buzzing people, Australian flowers as well as five interactive stations. There was also an elegant food station and a large open bar set up in the middle of the room. 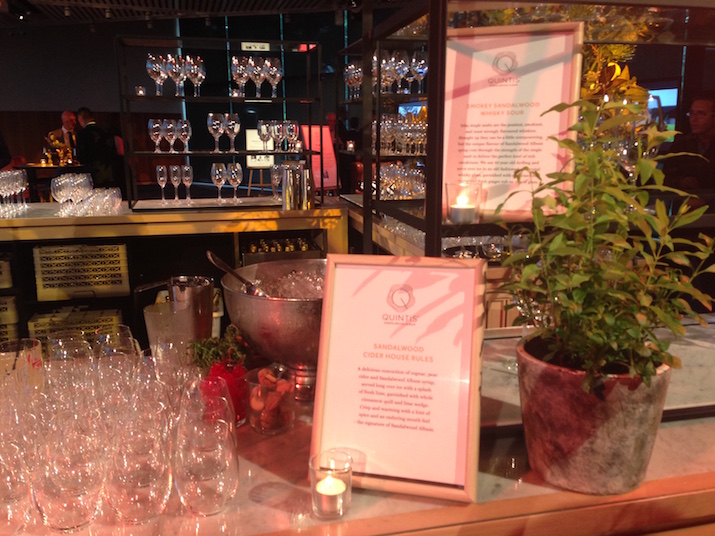 There was an open bar located right in the middle of the function room.

The event included a special menu specially created by Adam D’Sylva, Head Chef of Tonka and Coda Restaurants. It was nice being able to try some of the dishes Adam infused with Sandalwood Album, such as the  Sandalwood smoked beef tartar, quail egg yolk on melba toast. 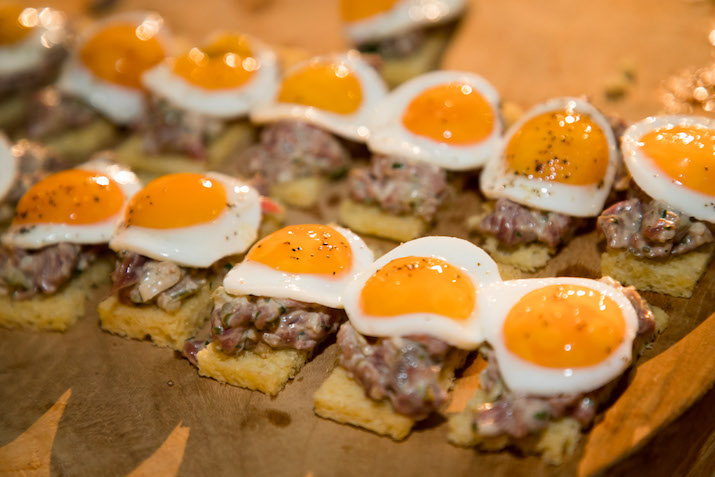 Each interactive station showcased a very different part of Sandalwood Album, two of my favourite stations included the:

Quintis flew in their Master Perfumer, Bertrand Duchaufour all the way from Paris! He dazzled guests with his passion of fragrance and demonstrated the uses of Sandalwood Album in different types of scents. 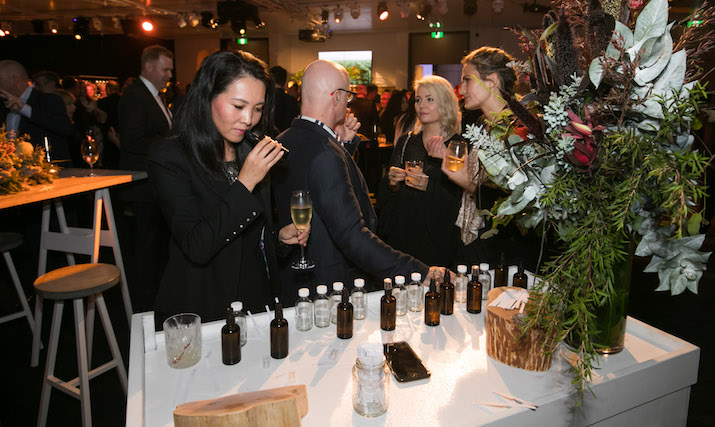 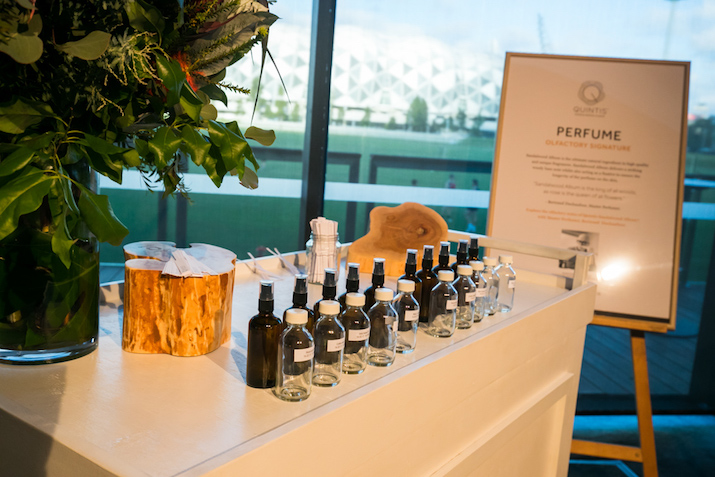 This station illustrated the pharmaceutical potential of Sandalwood Album and the fact that it can improve the complexion of the skin, reduce fine lines and wrinkles as well as brighten the skin. I also learnt that Quintis are conducting global clinical studies of Sandalwood Album for eczema, acne and psoriasis. I found this fascinating as I suffer from Psoriasis and will be keeping a close eye on this development.

I met some interesting people including a super bubbly marketing person from a well know high-end jewellery brand and a famous comedian.

I loved being able to learn and discover what Sandalwood Album was especially because it’s made from an Australian company who have managed to put Australia on the map as manufacturers of the world’s purest form of Sandalwood.