I couldn’t resist the temptation of visiting Hong Kong while I was in China doing some consulting work for a new client last month. Hong Kong is considered part of China but they have their own currency and border control. It took an hour by car to reach the border from where I was in China. I then had to catch a train to reach the busy Central district of Hong Kong.

My first Impressions of Hong Kong

I was in Hong Kong for 7 days and stayed in a very small apartment in an area called Jordan, which is known as a bustling middle-class suburb of Hong Kong filled with places to eat (including Asian and Western cuisine), night markets, convenient stores and cheap retail shops. But despite how happening this area was I couldn’t wait to get out of there. The place I stayed was so tiny, it stank and had no natural light. Despite being located in a busy area, the streets were dirty and I was annoyed with the fact that every time I walked I would feel drops of water falling on the top of my head from the wet clothes hanging above from people’s window ledges.

If you need to use the train in Hong Kong, there are Customer Service Stations conveniently located inside most of the train stops, with English speaking staff who were very helpful and happy to answer your questions about the best ways to get around Hong Kong.

I also spotted Hong Kong’s unique double story trams located in the middle of the city (pictured below). 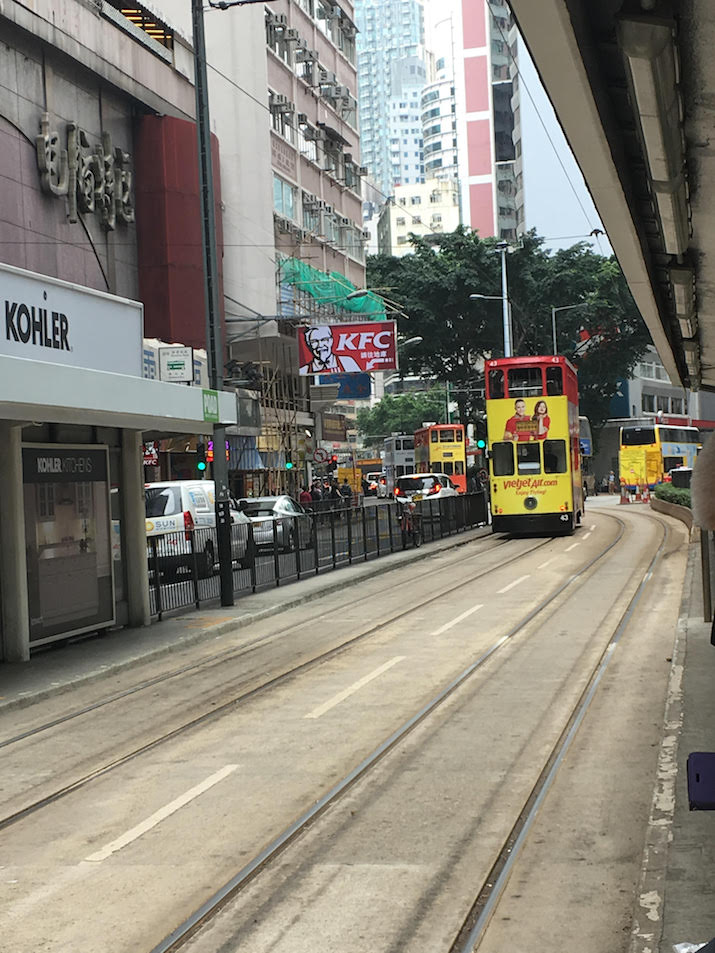 The shopping was over the top with every major shopping mall filled with designer brands. I sensed that Hong Kong people put a lot of importance in reflecting their success by the brands or items they wear. I like the fact that we are more discrete in Australia and place emphasis on other things that are more important in our lives – not just the brands or items we wear. 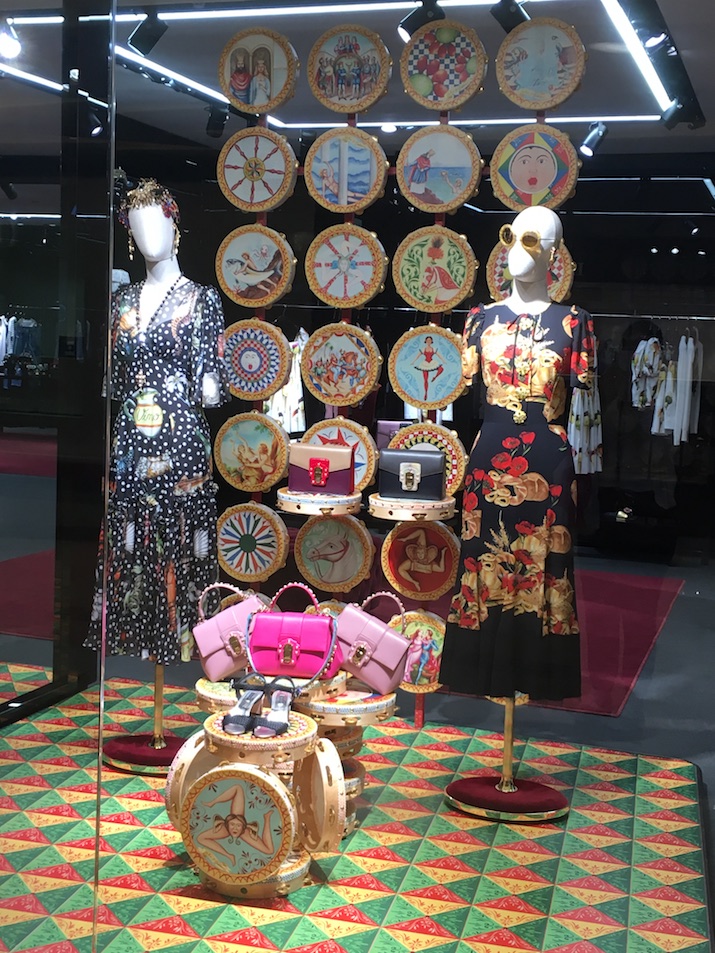 I was so sick and tired of the food in China so it was nice to be able to eat healthier food in Hong Kong – similar to what I eat in Melbourne. The food options were challenging in China with everything cooked in oil and there was hardly any brown, wholemeal or whole food to choose from.

Two places that I really enjoyed eating at in Hong Kong include a very healthy wholefoods cafe called Pret A Manger and a burger joint called Beef and Liberty where I ate a lovely juicy vegetarian burger with baked sweet potato chips.

The People and Language

I’m sorry to say that compared to the people I met in China, I didn’t find the locals in Hong Kong to be as friendly or as helpful. I asked so many people for help and I swear 7 out of 10 would pull a funny face and just walk off – it was incredible! Many of the westerners I saw outside of the central part of Hong Kong included Europeans and people from the Middle East with a lot of Australians and Americans working in Central Hong Kong. Despite feeling frustrated at the lack of help, there were a lot more people in Hong Kong that spoke English so it was easier to get around compared to China.

Despite the fact that I found some of the streets smelly and the people not as friendly as China, the overall experience in Hong Kong was worthwhile because I did like the fact I had the opportunity to visit the city with the most skyscrapers in the world!

Here are some of the other places I’ve travelled to:

–The Mantra in Nusa Dua Bali

–My Holiday in Dubai

Things To See in Hong Kong

My Holiday in Dubai

Working in China – It wasn’t what I expected

Fun things to do in Docklands
Emilia Rossi