This post is going to be about Laura from Adelaide, owner of Lucid8 Boutique. Since meeting Laura over email, I’ve stayed in touch with her as we have some things in common such as our passion for our online fashion businesses and blogging.

I admire what she has created with her start up online fashion boutique and want to share with you her views of what fashion trends we’ll be seeing this S/S14-15.

Laura is an avid follower of all things fashion. Finding inspiration from instagram, Etsy and underground cult designers. She tells me there is a resurgence of the 90’s and not to feel shocked if I start seeing rave inspired outfits, patches and chokers on the streets on Melbourne!

“This spring/summer season is all about the 90’s. This trend is growing stronger as more people have been remembering the awesome threads their parents dressed them up in as kids and what their older cousins rocked out in back in the day. Racer front singlet tops for women often with a small spaghetti strap and sometimes holographic, fluffy or cropped is looking like a major trend.”

Crop tops have been in for a while now – hopefully we’ll never remember the early 2000’s trend when crop tops were worn with low rise jeans (think Britney Spears), but so far in 2014 we’ve been adding our twist by throwing it back with a high waist skirts, shorts or pants and topping it off with a tacky tattoo choker and maybe some Jeffrey Campbell platform/flat form shoes (or your old Buffalo’s, which are now highly sought after on Etsy)

Laura tells us that fluffy things will become increasingly popular with this 90’s resurgence. She feels there is a lot of inspiration coming from the movie Clueless, which recently celebrated their 25-year anniversary. 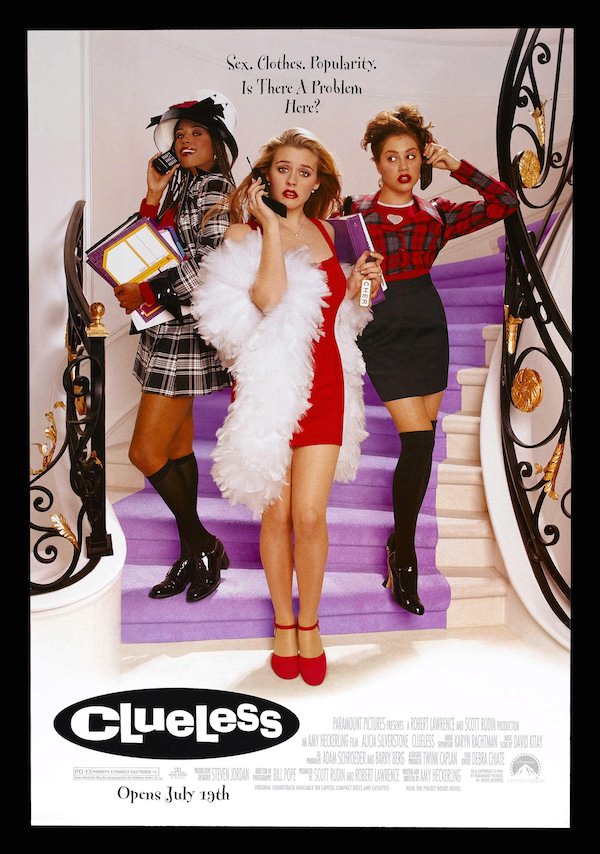 The hype of this “teen cult classic” has been heightened by Aussie rap-star Iggy Azalea and her recent song ‘Fancy‘ where the film clip for the song featured recreations of some of the movie scenes.

“I’ve seen a lot of designers playing with this fluffy trend creating halter tops and skirts but also using it on accessories such as earrings, headbands and chokers. I’ll be stocking Never Monday, an emerging designer from Glasgow, and Jade Clark, an emerging designer from the UK at Lucid8 in the coming spring and summer season. These chicky babes have been utilising this fluffy trend amazingly!” 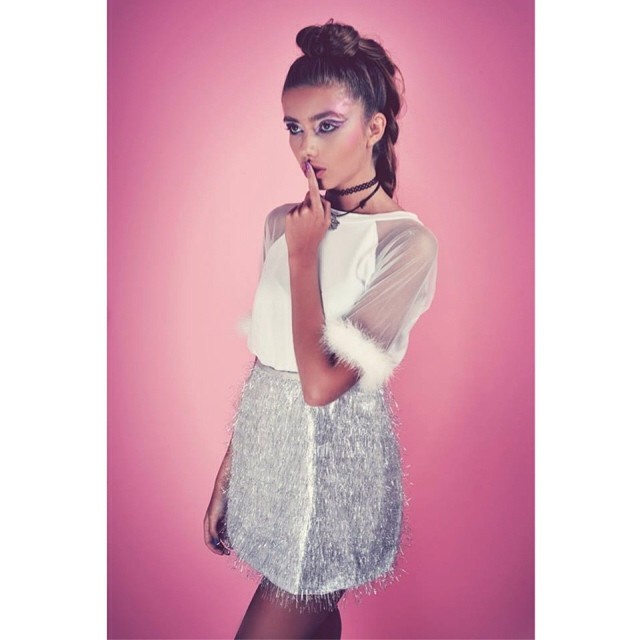 Music festivals have also been influenced by the 90’s resurgence. In 2011-2012 music festival outfits was all about how much your denim shorts were ripped, studded or tie-dyed and the more extreme the better! At the end of 2012 we had the rise of the boho hippies but at of the end of 2013 and massively into 2014 there was a big shift where festivalgoers were trying their hands at these matchy-matchy rave-wear costumes.

“I wore rave-wear “costumes” about 5-6 years ago when I was part of the Adelaide rave scene; we had fluffy leg warmers (a.k.a gators, fluffies, boot covers) fishnet or fluoro stockings, short shorts or sometimes boy-short type underwear with a matching crop tops and rave “kandii” bracelets which are colourful handmade beaded bracelets that you swap between friends.” 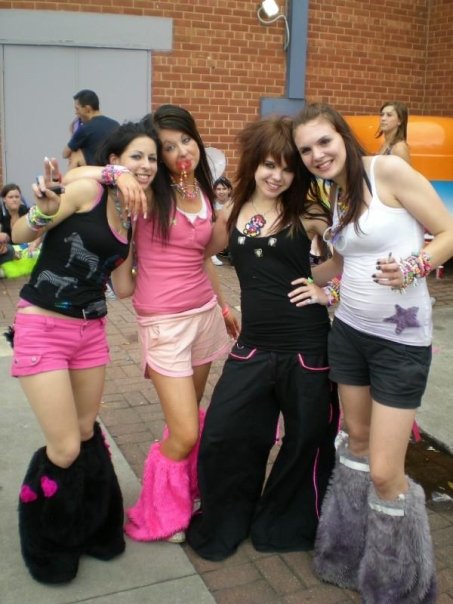 These rave-wear costumes and raves themselves developed and were most popular in the 90’s so its no surprise that they have made a come-back for music festivals as well.

Another thing that we used to do as kids in the late 90’s and into the early 2000’s was iron embroidered patches onto our jeans and jackets!

The patch trend is emerging onto the scene and Laura will feature garments from Daniel Palillo, a Finnish designer, in time for the New Year.

All in all, Laura feels that the 90’s is back in elements everywhere and for those of you wanting to be kept in the loop, be sure to join the Lucid8 Boutique clique