Cabbage Palm Hats, also known as Cabbage Tree Hats, were worn in Australia around the 1800’s and were made by the early convicts. They were narrow brimmed and light to wear, protecting the convicts during the day from the harsh rays of the Australian sun. 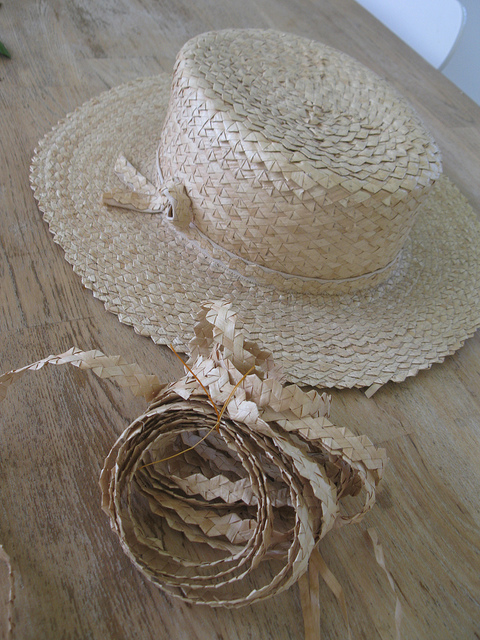 Most of the plaiting done by these early settlers would take place late at night. The leaves were taken from Australian Cabbage Tree, a tree that had various uses during the days of colonisation.

Below is a brief explanation how Cabbage Palm Hats are made:

1- The shoots are picked and placed in boiling water
2- Once each shoot is dried, its split into sections. These sections were then bundled and placed under the arm ready to be used for plaiting
3- Once plaited the strips are flatted before being sewed together to make a hat