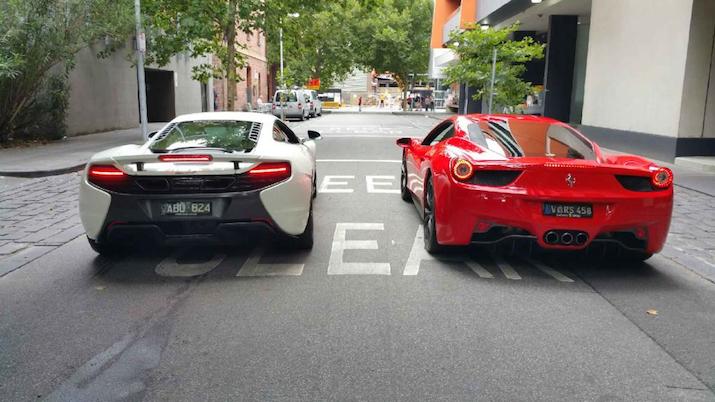 Following on from the post I wrote about the Melbourne Super Car Club (MSCC), my brother had the opportunity to test drive a McLaren for a week, hesitantly putting his Ferrari 458 to the side.

He shares with me his experience and thoughts below about the differences he felt between the two cars.

Difference between the McLaren 650s and the Ferrari 458

Neither car is better nor worse, they are simply different. The McLaren is a refined gentlemen’s car that only the British would know how to make. It’s classy, sophisticated and outperforms anything when needed.

The McLaren does not deliver the same emotional experience as the Ferrari. The Ferrari is a car you go to bed thinking about and eager to wake up just to take it for a drive. The Ferrari is a car, which you can sit in the garage of your house and stare at its design for hours; it’s a true masterpiece! The noise of the engine is something the McLaren doesn’t even come close to. Even a trip to the super market is an event you look forward to. To me, that is what is most important in deciding which super car to own. Yes, the McLaren is as comfortable as a BMW or Mercedes but the Ferrari 458 is also just as comfortable. The McLaren would be a 10/10 in comfort the Ferrari 458 is still a 9.5/10.

So I guess which car you prefer comes down to personal choice (and your pocket). When driving the McLaren my brother spotted another Ferrari 458 and actually wished he was in the Ferrari instead which just goes to show that once a Ferrari driver, always a Ferrari driver. 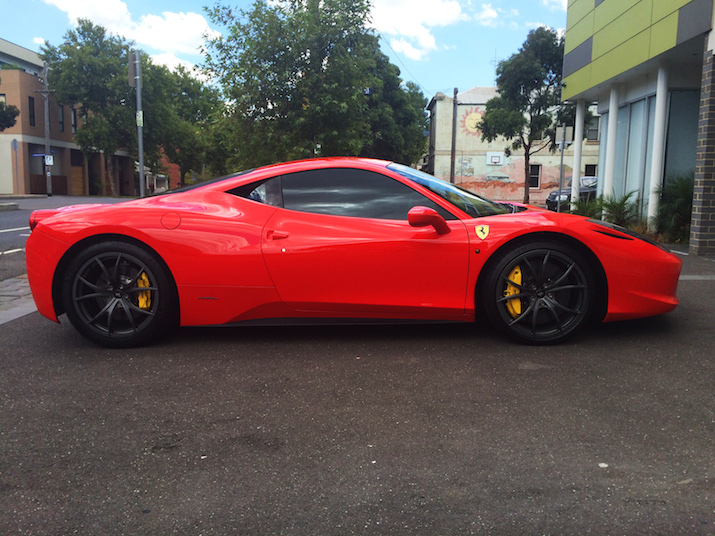 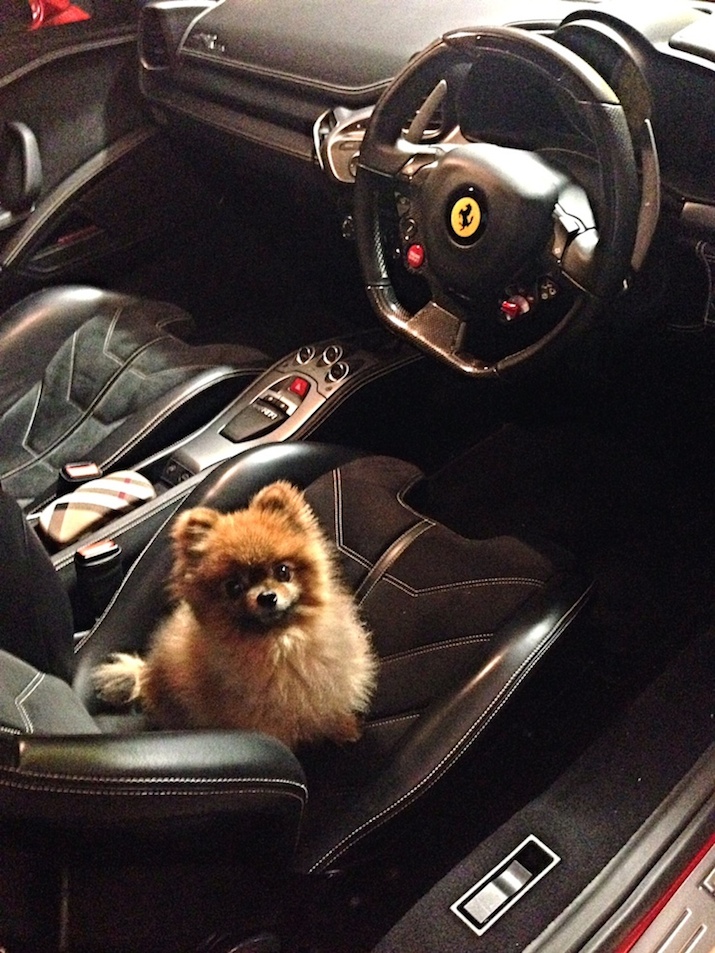 I had to include this photo. Goochie is seen here chilling out in the driver’s seat.