In this post, I talk about my brother, the car club he founded, and that was active for 4 years, as well as his experience test driving a McLaren for a weekend.

The McLaren my brother got to test drive one weekend

My brother has an incredible love and passion for supercars and 4 years ago he founded the Melbourne Super Car Club (MSCC). The club was made up of highly successful professionals who are enthusiastic and had an insatiable appetite for the finer things in life including their toys (supercars).

When I refer to ‘their toys’ I’m talking about only the best. The cars that used to be a part of the MSCC included some of the world’s most premium brands such as: 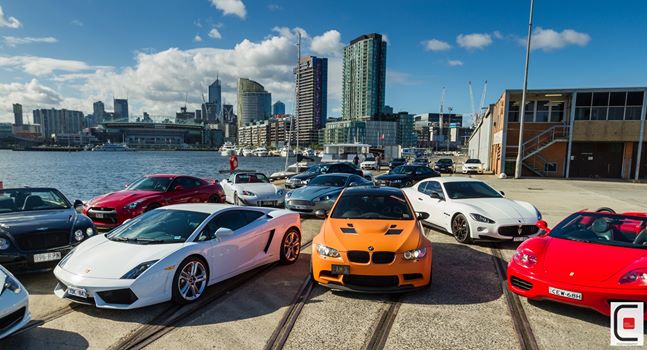 Now let’s get to the juicy part. If you’re not up to speed with your McLaren 650s facts (only a few of us out there would be) I have included some points below:

I was eager to know what it would be like to drive such a powerful car on the streets of Melbourne; this is what my brother had to say:

“Driving the McLaren is unlike anything else. The sheer power delivery of the twin turbo v8 is astonishing. When accelerating you have to lift your foot off the throttle because it’s just too fast! The car transmits the power to the ground perfectly without spinning the wheels and launches the car forward, which is a testament to its sound engineering and design.”

“The suspension and ride quality is better than a BMW. It’s comfortable and easy to drive around regularly as an everyday car (if you can afford one). Interior comforts are better than most luxury cars. The sound of the turbo is something you’ll remember for a very long time.”

Updated 17th of March 2016 – The Melbourne Super Car Club is no longer active. If you have any questions feels free to send me a message via my contact page.