Netflix offers some incredible shows that can quickly chew up your entire weekend. One show that everyone seems to be raving on about is called Stranger Things.

With so many shows to choose from on Netflix, it’s sometimes hard to know what to watch. I tend to go with the flow and watch what people can’t stop talking about.

Stranger Things is a combination of E.T, Aliens, and the Goonies. There is a group of characters that stand out in the show, and they include a cool group of young kids that I can see myself wanting to hang out with when I was little. These kids completely reflect what a group of kids in the 80’s would act. They not only dress, walk and talk like the 80’s kids, they also have this special bond that we don’t see happening these days with kids who are fixated on their iPhones or iPads, hardly making the effort to play or ride a bike with their friends. The show also features Winona Ryder, one of my favourite actresses.

I also just love the intro that is played at each episode. The font, the effects, and the music to go along with the intro is perfect – it reminds me of the intro to The Never Ending Story.

If you grew up in the 80’s and the 90’s you will relate to this series – that’s why I think this show has become so popular. It feels real, with a simple yet very original story line around a parallel universe with scary creatures that has everyone captivated.

For those who have watched the first season, here is a hilarious take on Jimmy Fallon:

It’s also hard to believe Millie Brown (one of the highlights from the show) is only 12 years old. I saw some interviews of her, and this one stood out, did you know she had mad rapping skills?

I enjoyed everything about the show even Barb’s high waisted acid jeans! 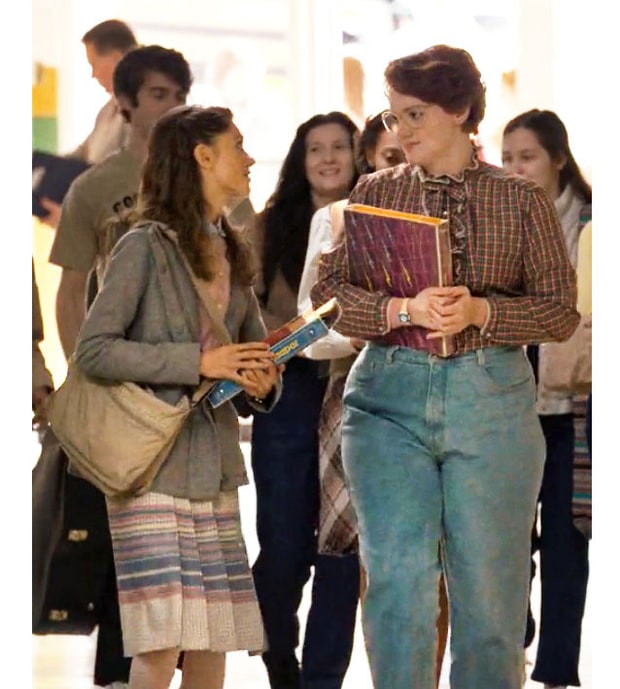