Some quick facts about Pomeranians: – They can live up to 15 years old – The smaller Pomeranians weigh between 1.5kg to 5kg – It’s not a bred recommended for families with young children due to the fact that they are delicate and if mishandled they can be seriously injured – To maintain their healthy teeth it’s best to feed them dry food – They’re known for having an annoying bark, so make sure to train them and get their bark under control when they are young – A very friendly and loyal breed that demand huge amounts of your love, attention and affection. Perfect as a lap dog – Don’t underestimate their size as they’re highly intelligent, fun to train and are full of energy – Due to their thick coats you’ll need to groom them regularly to avoid serious tangling.

Gucci’s profile (with photos of him below):

– Favourite toy: A small cat ball that has a bell inside

– Something really unique about his personality: He expresses himself through the movement of his ears

– What is the cutest thing he does: Spin and twist trick

– Why did you end up buying a Pomeranian over another breed: Because they’re a small dog with a big personality and are incredibly affectionate

– If someone was considering to buy a Pom, what 3 tips would you suggest to them:

(i) Make sure you have plenty of time for them – although they’re small they have just as much energy as a big dog;

(ii) Be prepared to spend time brushing – their coat really needs it; and

(iii) Avoid a teacup pom if you have small children – I find young children’s instinct is to instantly want to pick Gucci up and there have been times they have almost dropped him!

Tenielle’s Gucci is a very special Pomeranian, he is so adorable and you can tell he is very well looked after and is very much loved. He is an extremely happy dog and is completely different to our dog in the way he shows his excitement. He is gentle, polite and super cute. I fell in love with him instantly and I’m sure you will as well after seeing some of his photos below. 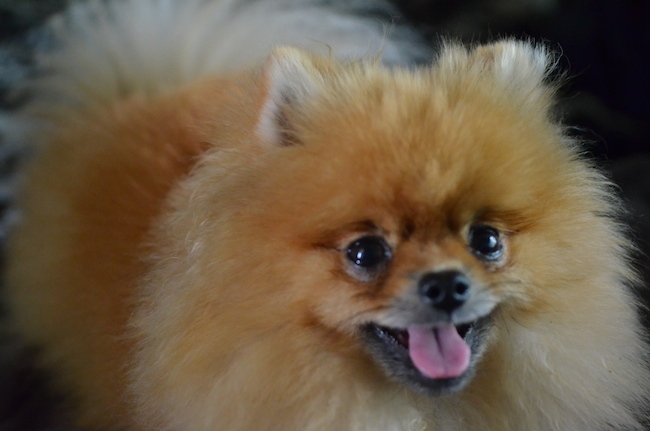 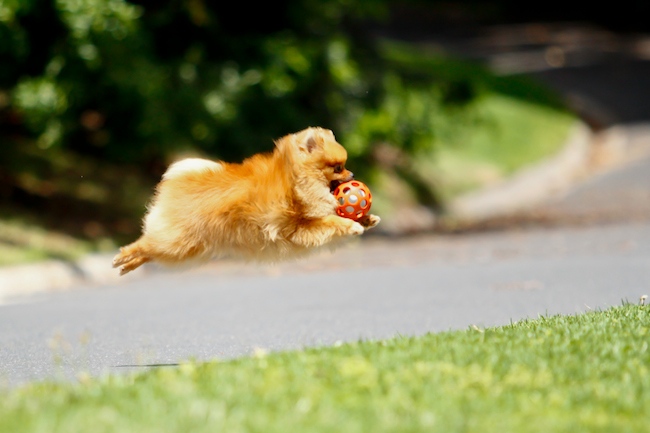 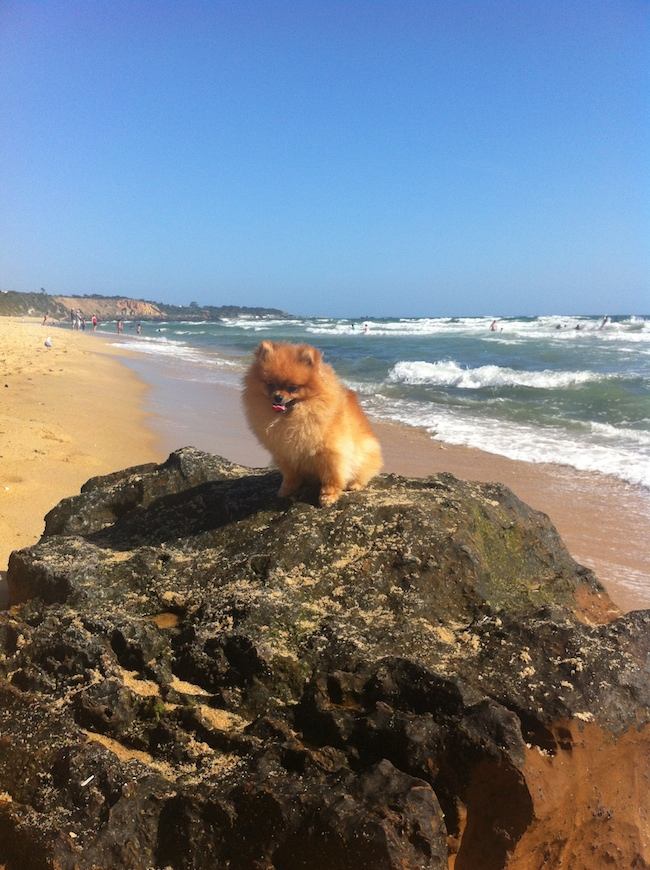 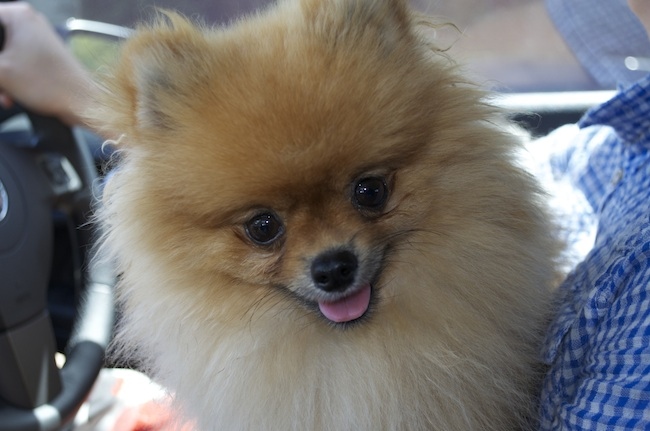 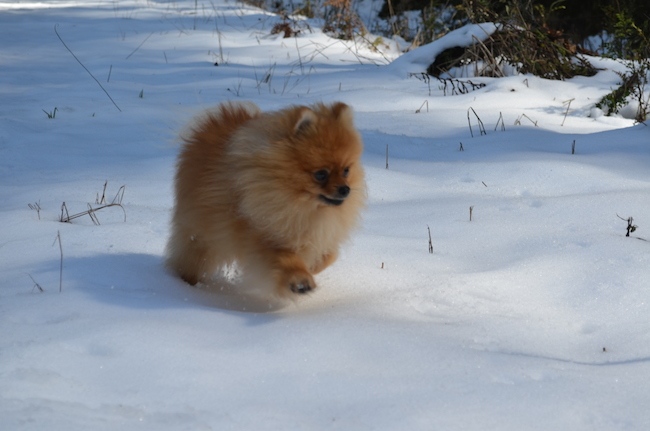 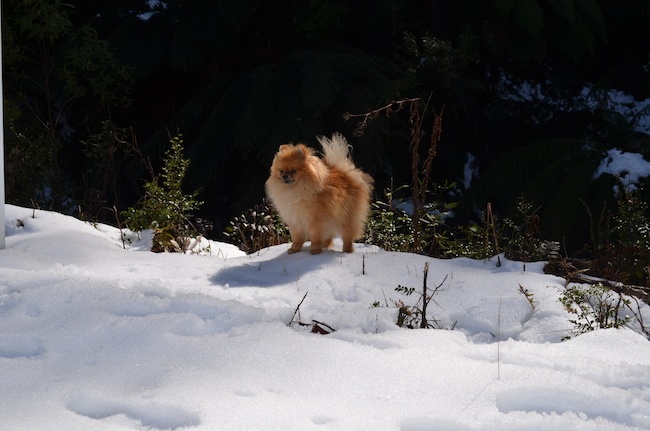 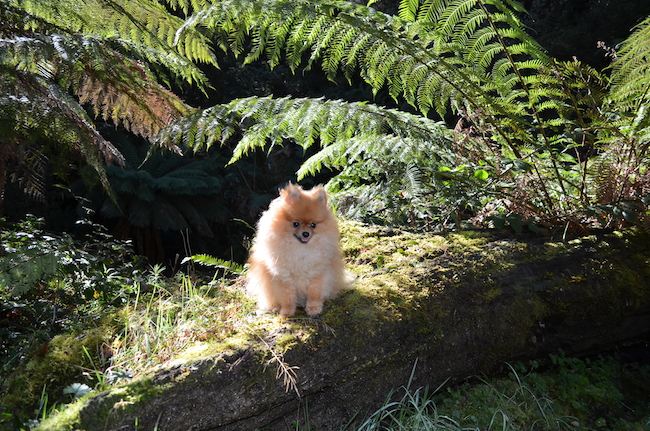 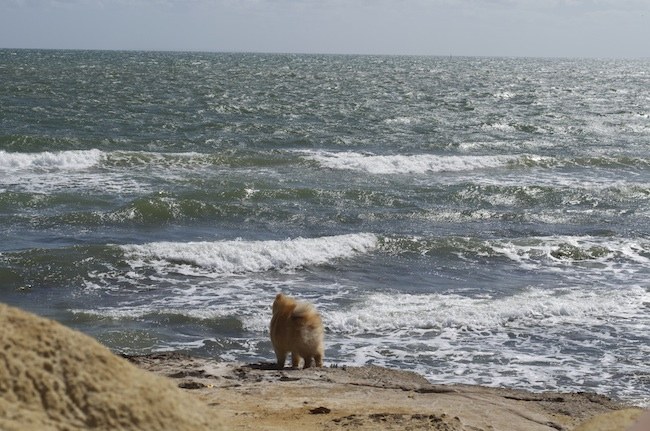 Do you own a Pomeranian? If so don’t be shy to get in touch with me as I would love to feature your special dog on my blog.

Here are some of my other posts I have written about Goochie: