Enjoy a great conversation? I'll personally deliver my favourite new experience to your inbox every 2nd month...join here!
You are here: Home / Travel / Phuket FantaSea Show – A must see

This blog post is a follow up from a previous post about the holiday I took to Phuket. The spectacular FantaSea show was one of the highlights of the trip. I hope you don’t mind the many photos and videos I will include in this post. Hopefully they give you an idea just how amazing this show was. Tickets to the show were around $70 AUD per person and this included reserved seating that was located close to the stage and a huge buffet dinner.

As soon as we arrived in Phuket we couldn’t help but notice huge billboards everywhere advertising this show in Phuket. Many of the locals said the show was worth checking out.

A bright pink themed FantaSea bus picked us up from our resort and as soon as we arrived we were blown away by the over the top and highly decorative entrance. It was magical, colourful and inviting and made us feel even more curious as to what we were about to watch. 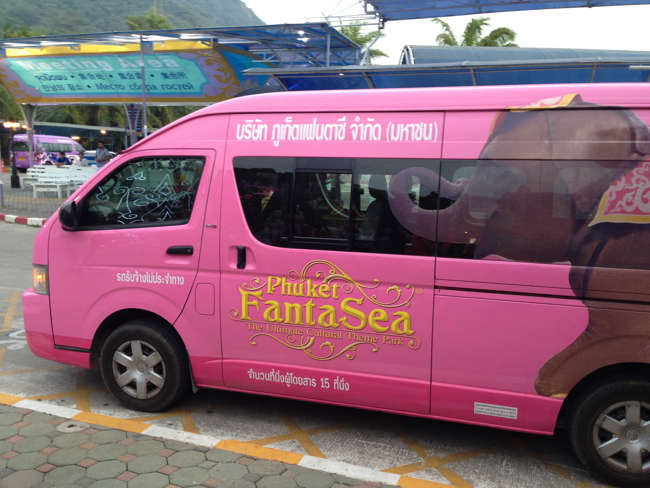 The bright Pink bus that picked us up and took us to the show. 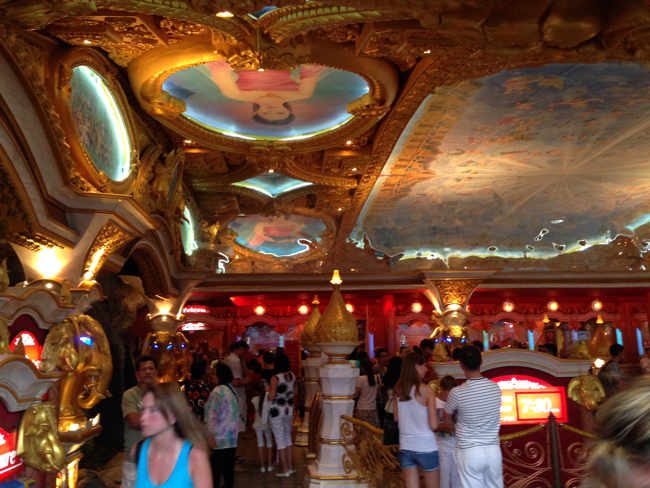 The highly decorated ceiling of the place we had to collect our tickets from. 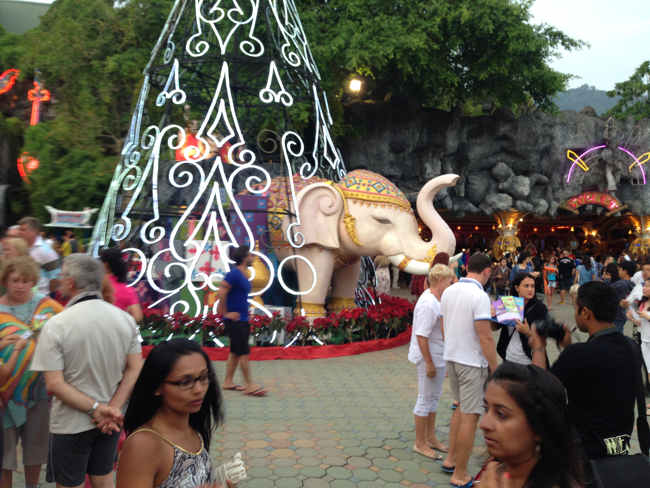 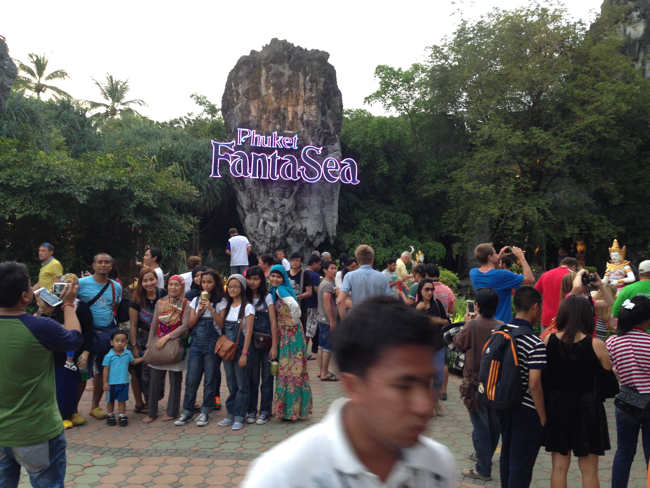 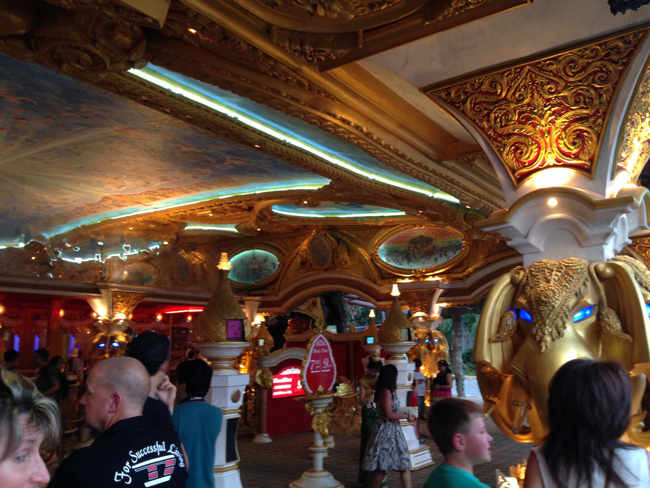 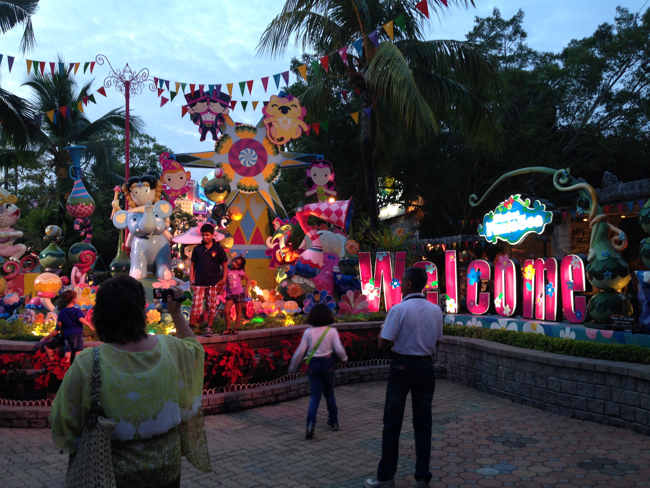 After collecting our tickets we were lead through another entrance which stood between us and the island which is the big draw card. The island is full of surprises. It’s mysterious and really creates a sense of wowness. This island comprises of one of the biggest buffet theatres I had ever seen. It’s where we would be seated for dinner before the show as well as many different themed sections. Check out this video below of the buffet area. 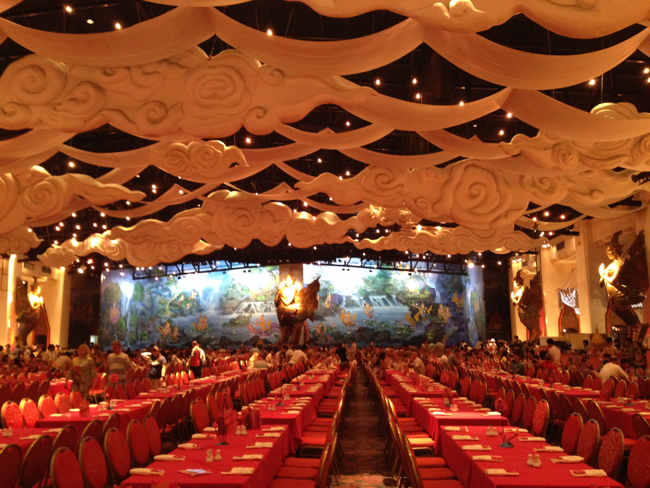 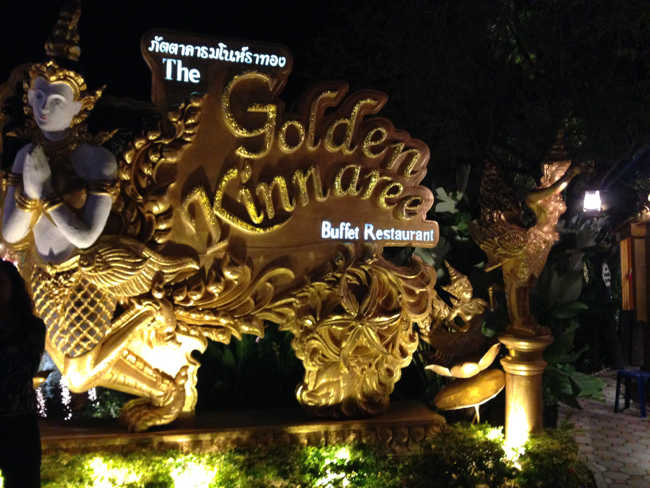 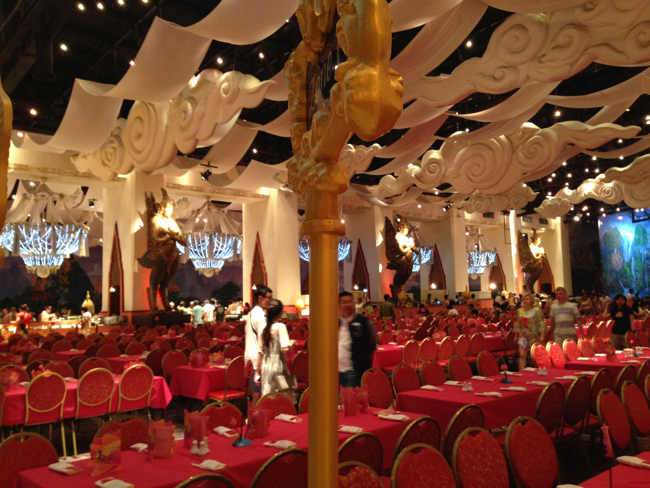 Each section had its own colour scheme and decorations which we would enter to play some games and generally be entertained before the show started. We had 1 to 2 hours to spend exploring and shopping around this place before stepping into the specially built theatre to watch the show. Below are some photos of the island as well as videos to give you an idea of how the island looks like.

Below are some photos taken of the different themed sections that we were able to explore and enjoy before watching the actual FantaSea show. 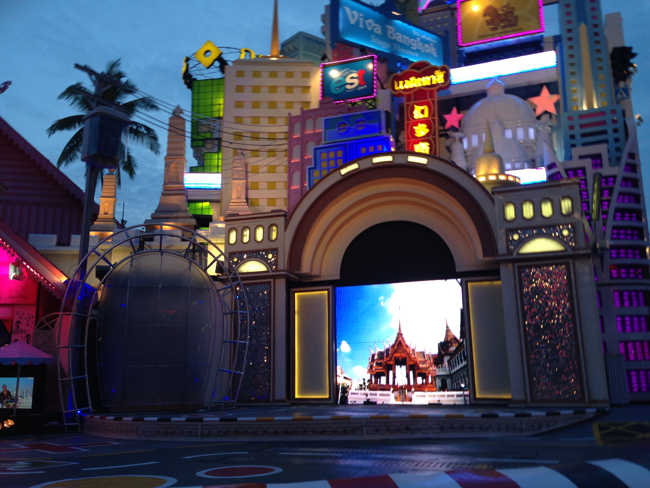 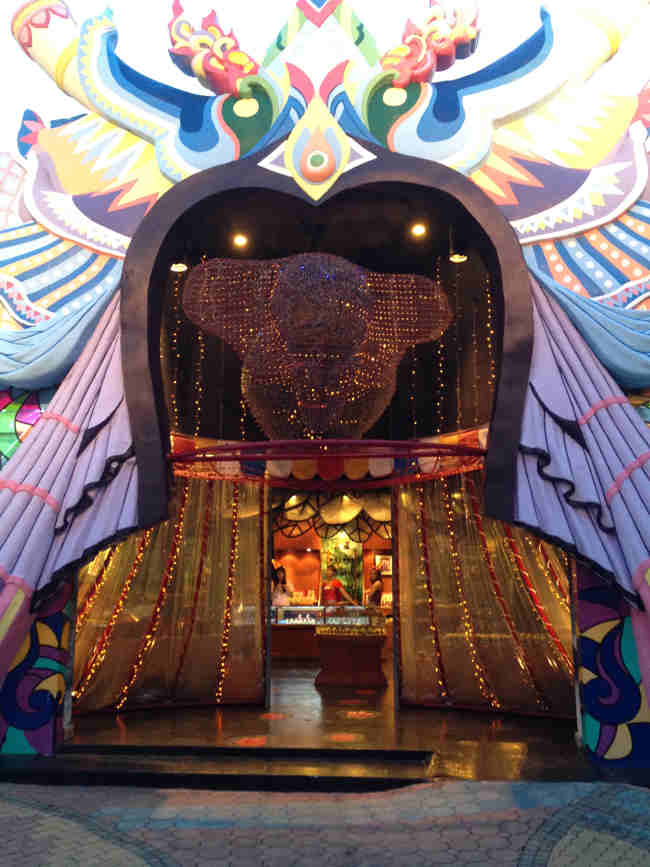 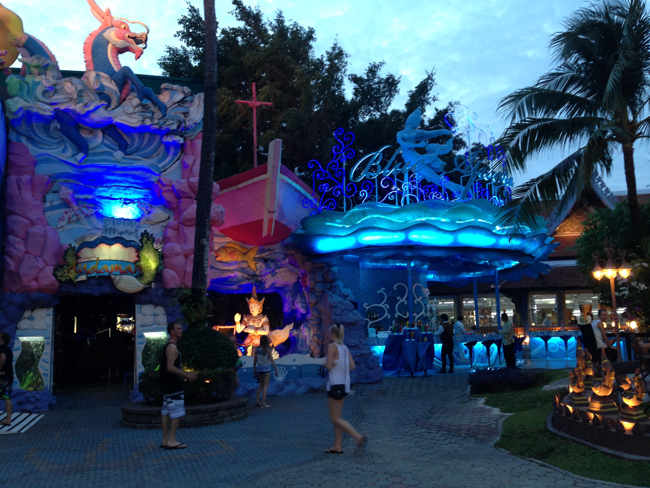 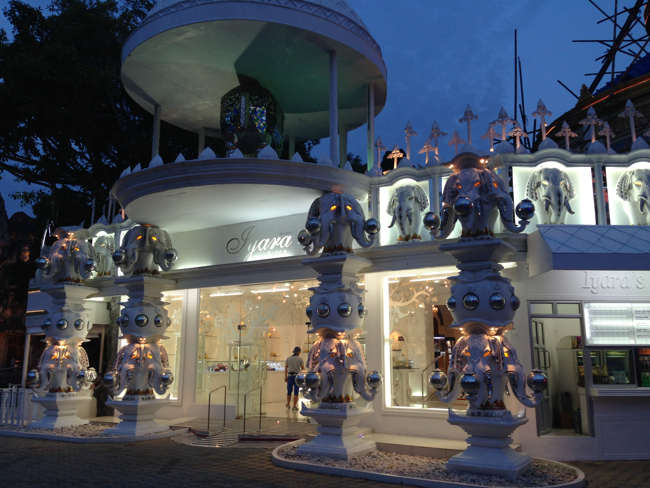 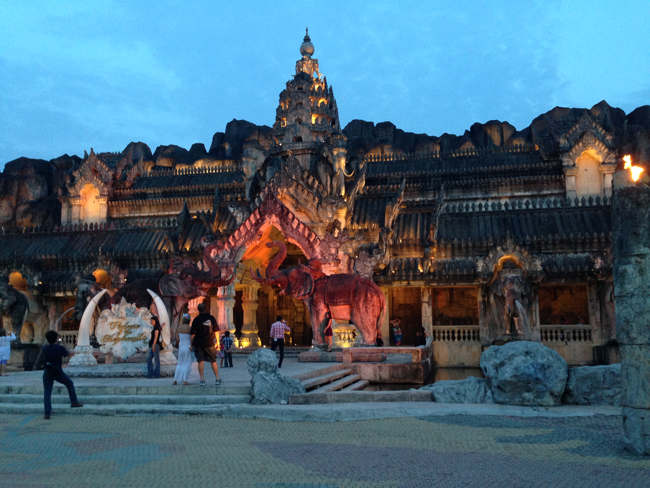 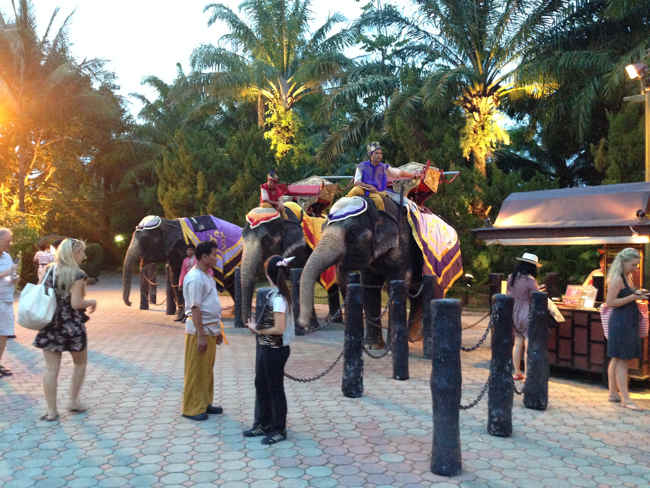 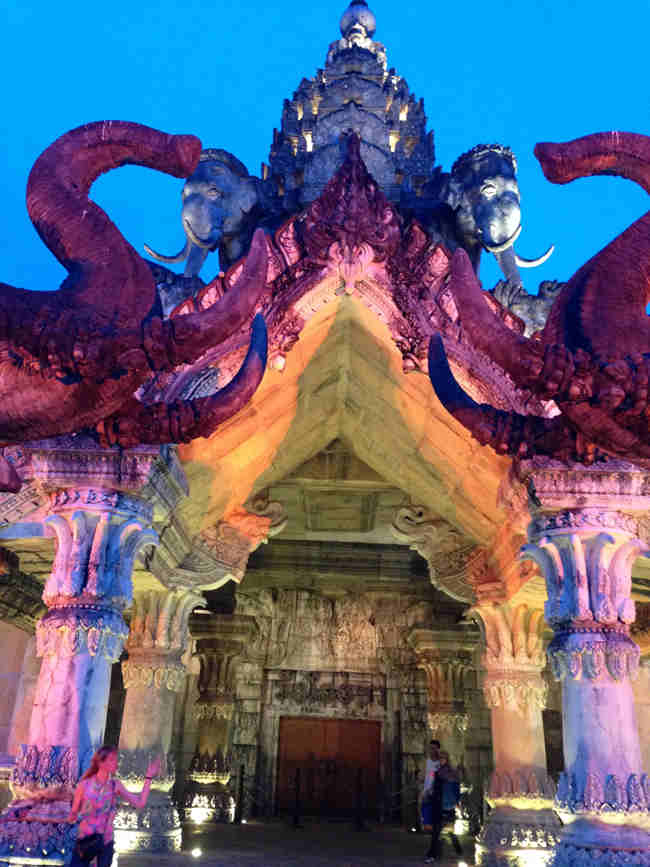 Attention was paid to the smallest detail, for instance the toilets featured decorated hand dryers and basins and a gorgeous lemon grass scented smell as you walked in. 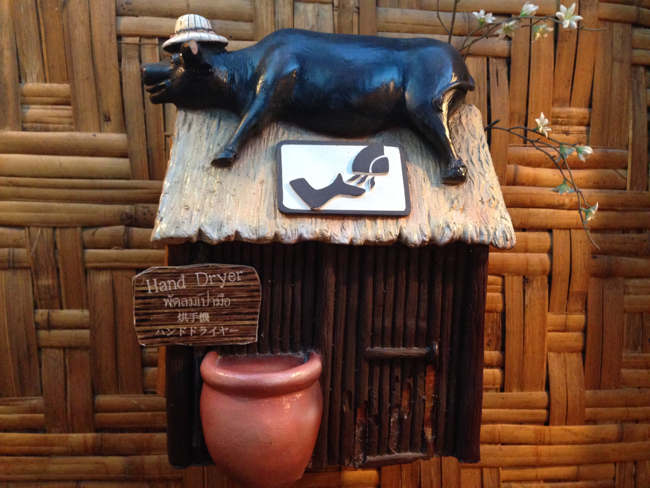 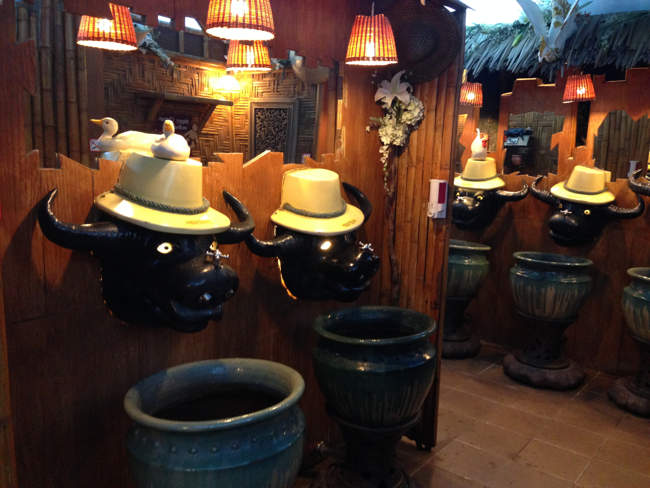 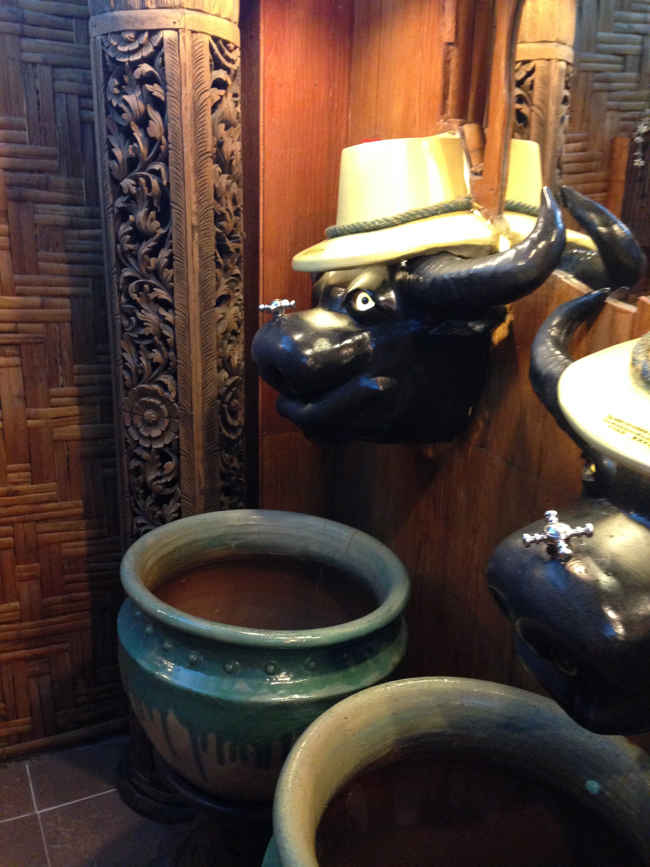 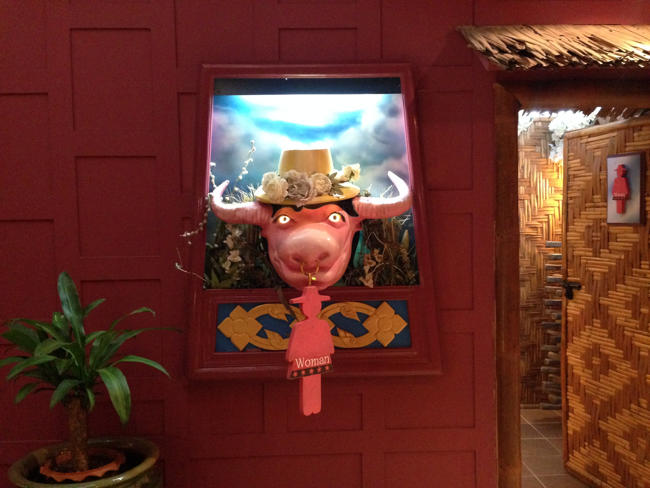 We also had the chance to feed some elephants before the show.

I thought the show was very entertaining. It was very traditional and had a lot of dancing and singing. Unfortunately I was not allowed to take photos or video of the show. I appreciated how the show brought together so many different aspects of the Thai culture. It was definitely worth it, especially the lead up to the show with all of the activities to experience on the island.

« Nail Polish – there is no such thing as too much!
Spending Big on Cosmetics? Here’s how to SAVE! »